A third "retired" pastor in the area, Pastor Donal Hoger, served all three congregations as Supply Pastor both before and after the formation of the Parish. He also served St Paul's and Memorial as dedicated Supply Pastor and pastoral support prior to the arrival of Pastor O'Rourke. The members of the Parish are deeply grateful to Pastor Hoger for his spiritual support and humor.

Member Churches of the Parish 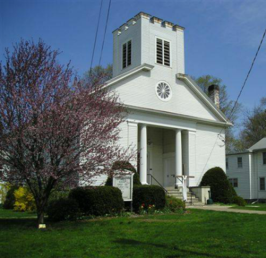 Pastor LeRoy Ness served as Interim Pastor of Third Lutheran from 2006 thru 2009. He was instrumental in bringing the three congregations together and guiding the formation of the Parish. In 2010, at the age of 76, Pastor Ness became the Interim Pastor of the Lutheran Parish of Northern Dutchess, the newly formed partnership of these three ELCA congregations. During this time, he led the revitalization of these three congregations and worked tirelessly with congregational and Parish leadership to introduce new ministries, nurture existing ministries, and prepare the way for the Parish to call its first pastor. The members of the Parish are deeply grateful to Pastor Ness for his dedication to, and hard work on behalf of, the Lutheran Parish of Northern Dutchess and its three member congregations.

Pastor James Miller began serving The Lutheran Parish of Northern Dutchess on Labor Day Sunday, 2016, having been licensed to preach and preside by Bishop Robert Alan Rimbo of the Metro New York Synod. The Parish called him as their full-time pastor on March 26, 2017 and he was ordained by Bishop Rimbo on May 20, 2017.

Pastor Jim graduated from The General Theological Seminary of the Episcopal Church in New York City in May, 2015 with his Master of Divinity degree with honors. While at GTS he was President of the Community from 2013-2014. He received the Robert Dentan Award for excellence in Old Testament studies, and twice was awarded the McVicar Award for excellence in Biblical Greek. His thesis, Old Testament Exegesis and the Reformation Debate about the meaning of Justification by Faith, was in a large way influenced by his studies of Hebrew and Greek. Pastor Jim then did post-graduate studies in Lutheran theology and history at the Lutheran Theological Seminary at Philadelphia where he read extensively works by Dietrich Bonhoeffer and Eberhard Jüngel and wrote on contemporary Lutheran ethics. His internship was at United Lutheran Church/The Wartburg where he focused on chaplaincy. In his training he did a total of five units of CPE (Clinical Pastoral Education): two at Memorial Sloane-Kettering Cancer Center and three at The Wartburg. This combination of extensive Biblical, theological, and pastoral training is what defines his ministry: the expression of Christ’s love for each person. Christ’s body is given for you. Christ’s blood was shed for you.

Prior to entering the ministry, Pastor Jim had an outstanding career as a classical trumpeter highlighted by touring and recording with the Metropolitan Opera Orchestra, and serving nine seasons as Principal Trumpeter of the San Francisco Opera Orchestra. He was also a performer of Early Music on baroque trumpet and cornetto, performing the 1610 Vespers of Monteverdi throughout the United States. His trumpet playing can be heard from time to time in worship services in the Parish.

Pastor Jim is married to Holly Mentzer who is a full-time music therapist at Memorial Sloane-Kettering Cancer Center and is a Ph.D. Candidate at New York University. Together they enjoy the outdoors kayaking, fishing, hiking, camping, and cross-country skiing. 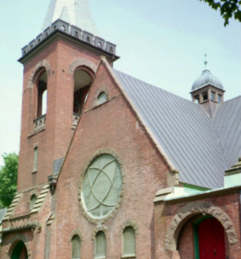 Pastor Dennis O'Rourke, who was Interim Pastor for St. Paul's and Memorial, helped guide the development of the Covenant Agreement forming the Parish. He remained involved as the dedicated Supply Pastor for the first eight months until the service times could be adjusted to allow one pastor to preside at all three Sunday morning worship services. When the Parish was ready to begin the Call process, he guided the development of the Parish Profile. The members of the Parish are grateful to Pastor O’Rourke for his dedicated ministry and guidance. 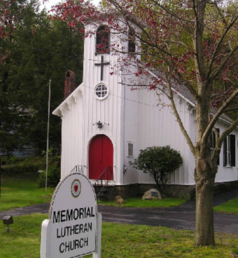